I went to Baylor. You know, that Baptist university that’s had its share of bad press. But my experience there was anything but negative. To be honest, the years I spent at Baylor were some of the best I’ve had. And, while I was in Waco, it was just that… Waco. A small, no-frills town stuck between Dallas and Austin. 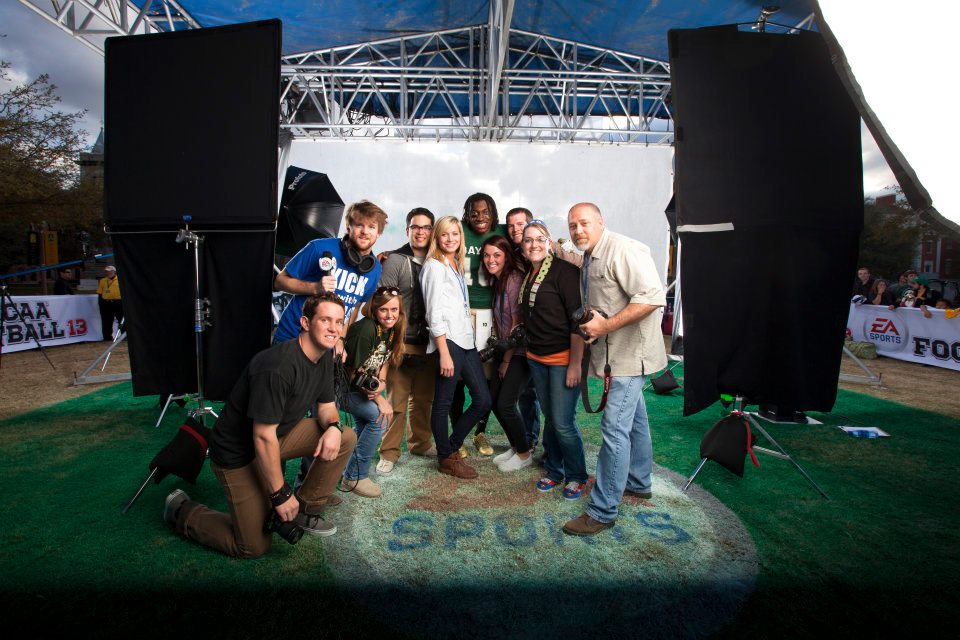 Outsiders never knew about its incredible food scene, the beautiful campus I trekked across every day, and the surprisingly excellent shopping that never ceased to drain my weekly allowance and part-time paychecks.

Now, however, everyone knows Waco as the town of Chip and Joanna Gaines; the couple that keeps Waco Holy with their G-rated HGTV show, Fixer Upper, and harmless family antics. They’re super cute and – much to everyone’s surprise – they’re super celebrities. Waco is now home to their ever-expanding businesses, which include Magnolia Market, Magnolia Gardens, the Silos Baking Co., and, I assume, parts of their Magnolia Home line and magazine. That’s a whole lot of magnolias for a town that would be more commonly known for shrubby cedar trees.

These days, when I say I attended Baylor, everyone asks me if I know Chip and Joanna. Honestly, I had never even heard of them until 2017. Aside from their fellow churchgoers at Antioch, I imagine this was true for most people in Waco. I’m glad they’ve been able to paint Waco with a family-friendly, wholesome appearance, and provide (yet another) fabulous place to visit during trips through Central Texas. However, I hate it when people turn their noses up to the rest of my favorite little Texas town.

On that note, let me tell you about the other, equally-awesome places you should be visiting in during your trip to Waco!

Cafe Cap (as we always called it) was one of my absolute favorite places for brunch. Located in the center of downtown, they offer perfectly crafted coffee and espresso, larger-than-your-face pancakes and lots of traditional favorites. Their pancakes are what always bring me back. Nothing beats a pancake that drapes over the sides of your plate, fluffier than my golden retriever’s butt, and swimming in butter. It’s the best place to start your day before shopping your way into financial ruin.

If you’re into Magnolia Market, do not forego Spice Village. Spice it packed-full of fabulous little booths setup by local vendors. This place has everything! From Bando party favors and Capri Blue candles to vintage home decor and Baylor tees, Spice represents Waco in the very best ways.

When I was at Baylor, Congress Clothing, was an Austin-inspired shop on the edge of the Baylor Bubble. I worked there for almost two years, and to this day, it was the best job I’ve had! Now, Congress Clothing, is a purveyor within Spice. Joel Peel, the owner, and his sister-in-law, Genevieve are the brains behind the operation, which produces the coolest Baylor gear in Waco. They stock a wide range of super soft graphic tees with memorable designs for kids and adults. They also sell the famous Waco ‘W’ tees, inspired by the revered Wacotown logo (originally created by one of my favorite professors, Carol Perry). I still pick up a new Congress tee every time I’m in town.

Roots is such a hidden gem! Rushing down I-35 toward Austin, you would never know there’s an adorable shop just a hundred yards away. Roots is tucked into the side of the building that houses Spice and Ninfa’s. It’s like the perfect blend of Anthropologie, Free People and your favorite local boutique. It’s one of those places that makes you want to move to a loft in SoHo, sip matcha teas and get in touch with your inner Olsen twin.

The Findery is adjacent to the Silos, making it a great retreat for those seeking refuge from the Magnolia Market crowds. It’s full of equally adorable home decor, gifts, furniture and accessories. They feature a number of local retailers, but the store is not packed to the brim with shoppers or merchandise like Spice Village. It’s perfect for leisure shopping without sacrificing selection. And now there’s even more to enjoy, as they recently opened the Findery Warehouse across the parking lot. If all of that isn’t enough to entice you, you can shop directly on their website before you head to the store!

Read Diane S.‘s review of The Findery on Yelp

After shopping for hours, you’re going to be tired. Don’t do yourself a disservice by going to the Common Grounds trailer at the Silos. Instead, take the 5-minute car ride to their original, glorious location. Common Grounds has been adored by Baylor students since it opened years ago. It’s the cutest home-converted-into-a-coffee-shop I’ve ever seen. It’s full of whimsical decorations, old velvet couches and cool wallpaper. I recommend the iced Cowboy and their Italian sodas!

Note: Heritage Creamery is next door to Common Grounds. It’s owned by the same couple, and I’ve heard nothing but good things about their homemade ice cream.

Loved baked goods as much as I do? I would absolutely recommend visiting Lula Jane’s on the other side of the suspension bridge. They specialize in a plethora of homemade goodies like brownies, breads and cookies. They also serve lunch, and, if you get there early enough, have a selection of gluten free items, too. (Very important for a wheatless person, such as myself.) Besides all that, it’s a cute little shop that embodies the best parts of Waco – personality and hospitality.

Now, if you’re NOT into dieting, Shorty’s Pizza Shack is the best place near campus to get a greasy, cheap lunch. They sell whole pizzas, pizza by the slice, pizza pillows (similar to empanadas) and their prices are outstanding. You can’t go wrong with their classic cheese, which is only $8.99 for a 14” pizza. When I was a Baylor student, I ate at Shorty’s weekly! A side of ranch and a handful of jalapenos make their slices even better.

Terry and Jo’s Food for Thought feels like a slice of Austin, Texas, and the very fortunate residents of Waco get to enjoy it. They serve simple, organic food just off the edge of campus, at the corner of Speight and 12th Street. Their chicken burritos and chicken salad sandwiches are local classics. They also have Blue Sky natural sodas, which come with a super-cute ‘Food for Thought’ plastic cup. In fact, Food for Thought cup collections are a fixture in the homes of countless Waco residents, Baylor students and alumni.

The Suspension Bridge competes with the Alico building for being Waco’s most famous icon… along with Baylor, the town logo, and the Branch Davidian. And, there’s this weird thing us Baylor students, alumni and Wacoans do there. We throw tortillas off it. You see, there are concrete pillars protruding from the river right next to the bridge… So, logically, they’ve become tortilla tossing targets. Getting tortillas to land on top of the pillars is much harder than it sounds, so most end up in the water. The local ducks hope the tradition never ends, but tortillas probably shouldn’t be a staple in their diets.

(If you go, be sure you pick up all your tortilla bags and twist ties!)

Oh, the joys of Cameron Park. First of all, it’s a gorgeous, hilly refuge in an otherwise flat part of Texas. It has rolling hills, winding streets that belong in a Mazda commercial, cliffs and spectacular views of the river. It also has towering bamboo forests that make you feel as though you’ve somehow been teleported to Japan. It’s perfect for hiking, biking, photography sessions, picnics and, apparently, LARPing (Live Action Role Playing). It also has a couple things to look out for, including unsavory, opportunistic individuals and tarantulas. So, grab your favorite hiking buddy and enjoy some time in nature during daylight hours only!

There are at least a dozen more places to enjoy in Waco besides the Magnolia campus. From the one of Texas’ best Italian restaurants, Baris, to Austin-style bars like Dichotomy, Waco has something for everyone, and then ten more options.

Visiting Eleuthera in the Bahamas with Spanish Wells Fishing